“The Trial Of The Chicago 7” in select theaters and streaming on Netflix October 16. 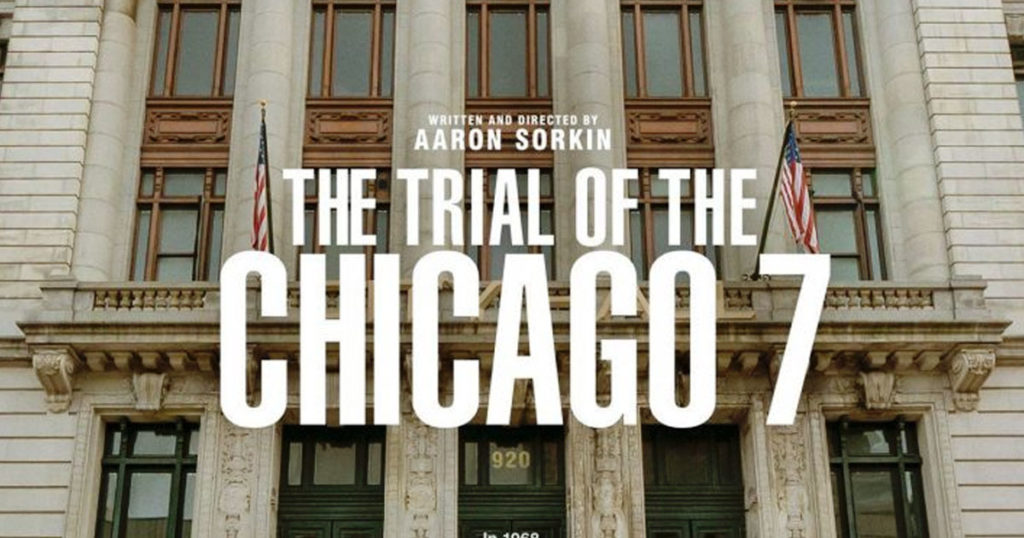 The film, written and directed by Aaron Sorkin, tells the true story of seven demonstrators who were arrested when massive demonstrations against the Vietnam War led to a curfew and a police riot during the 1968 Democratic National Convention in Chicago and the trial that followed. “The Trial Of The Chicago 7” was mixed by Warner Bros. Sound’s Re-Recording Mixers Julian Slater and Michael Babcock with Supervising Sound Editor,  Renee Tondelli.

See the trailer at: https://www.youtube.com/watch?v=FVb6EdKDBfU