“Sinister 2” is in theaters this weekend! 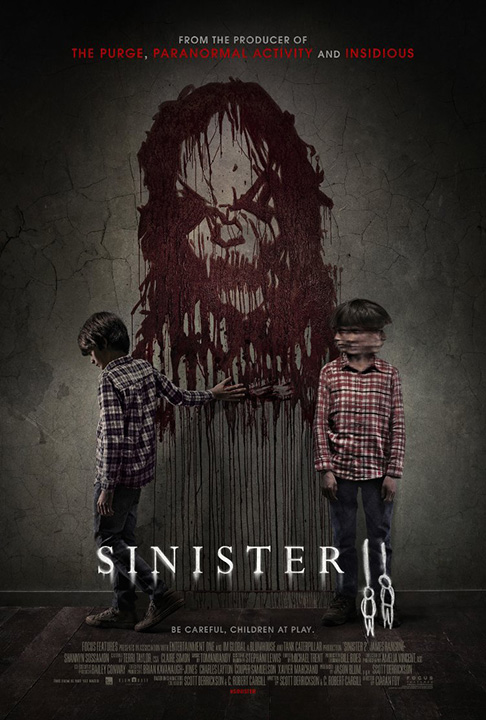 “Sinister 2” is in theaters this weekend! Directed by Ciarán Foy, “Sinister 2” is a supernatural horror film that follows a young mother and her twin sons as they move into a rural house marked for death. The final mix was done at Warner Bros Burbank with Re-Recording Mixer Matthew Iadarola and Supervising Sound Editor/Designer/Re-Recording Mixer Paul Hackner. Find out more about the film at: www.sinistermovie.com