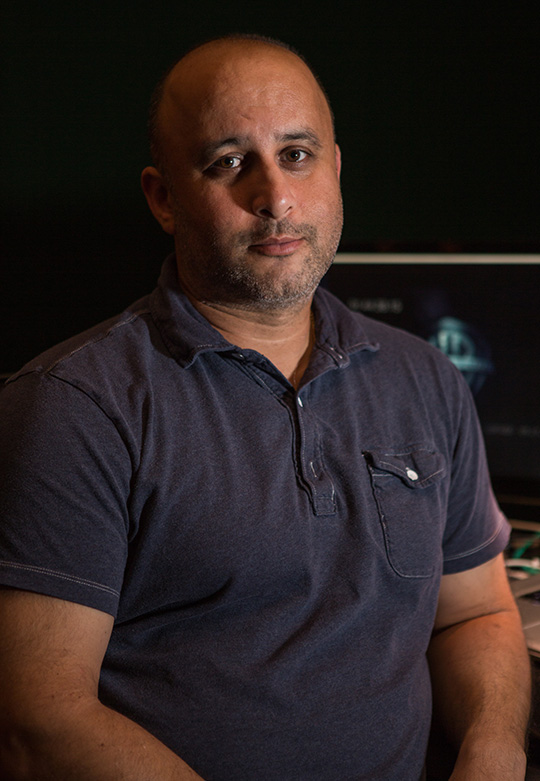 Supervising Sound Editor, George Haddad became interested in music and sound playing drums as a teenager. He further developed his skills in performance playing in live bands and studying performance at the Berklee College of Music while also majoring in Music Synthesis/Computer Sound Design. After his 1993 graduation, George moved to Los Angeles where he has used his education and talent in Post Production Sound as a sound effects editor, mixer and supervisor.

George has multiple Emmy and MPSE Award nominations, and won the Golden Reel Award for his Best Sound Editing on the direct to video project, “Young Hercules.”

He speaks fluent French and English, and a bit of Arabic. When not working George enjoys time with family, watching his children play sports and act.