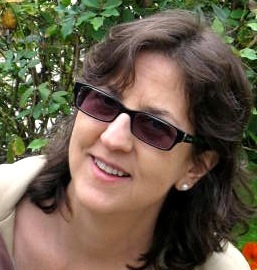 Eliza Paley has worked in film, production and post, for almost 30 years. Beginning in location mixing, moving gradually to the editing room, and then to sound editing where she has had an established career since 1988.

Additionally she was a sound editor on numerous well known films including: “The Wrestler,” “Adventureland,” “The Hoax,” “A Walk on The Moon,” “Casino,” “Get Shorty,” “Pret-A-Porter,” “The Underneath,” “Crooklyn,” “Hudsucker Proxy,” “Age of Innocence,” “Household Saints,” “Passion Fish,” “Malcolm X” and “Last Temptation Christ.” Eliza also has experience in Sound Editing/Design for documentaries and museum installations.

In the course of her work history in audio post production, Eliza was a founding partner in two sound editing facilities. One, Effects Filmes in Sao Paulo, Brasil opened in 1988 and continues to this day though without Ms. Paley who returned to New York in 1990. In 1995 Eliza and two partners opened and ran Planet 10 Post, Inc. in New York City until it was purchased by Liberty Media in 2001.