“Our Brand Is Crisis” in theaters this weekend! 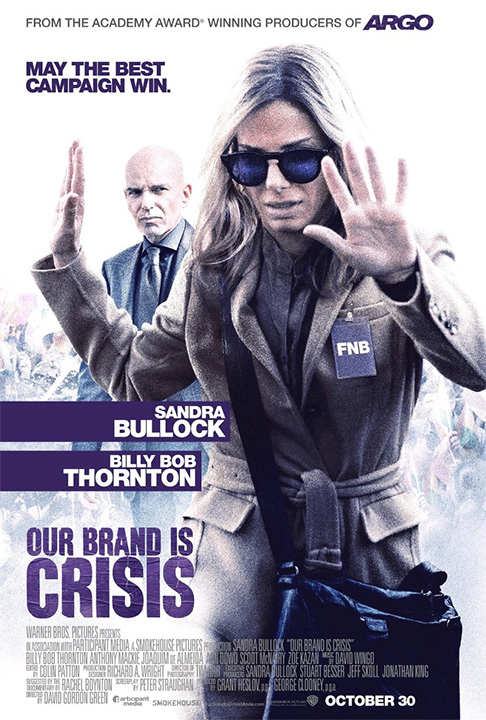 Directed by David Gordon Green, “Our Brand Is Crisis” is the story of an American woman (Sandra Bullock) who is sent to the war-torn lands of South America to help install a new leader but is threatened to be thwarted by a long-term rival (Billy Bob Thornton). “Our Brand Is Crisis” was posted at Warner Bros Sound Burbank with Supervising Sound Editors Will Files and Joel Dougherty who both mixed the film with Re-Recording Mixer Tim Le Blanc.  For more about the film visit: www.ourbrandiscrisismovie.com